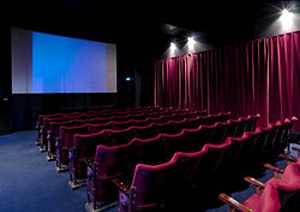 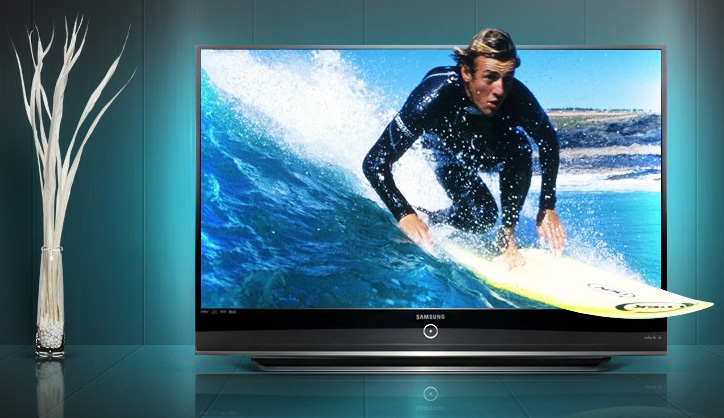 Now available in the UK through 3D Experience.
These 3D HD TV’s are capable of displaying Stereoscopic 3D HD movies via 3D compatible glasses and hardware. The glasses shutter so fast, at 120 hz, that there is no flicker and no ghosting what so ever.

An Infra Red Emitter, placed on top of the TV set, sends a synchronisation signal to the 3D shutter glasses. The previously supplied Emitter was small but underpowered as it was originally designed for close range use -around 2 meters and was found to be inadequate for larger audiences.
3D Experience Ltd, UK & Vidimensio of Austria, have together developed a long range Emitter called the "3D Blaster". This has a range of 15 meters, around 50 feet.
The 3D Blaster is powered directly from the TV so no additional power adaptors are required. It has an on/off switch to disable it and an LED to show if it is on. The 3D Blaster has a small switch with two different settings to enable it to work with the two various types of wireless shutter glasses emitting codes. It also has a phase reverse switch which allows the user to have a swap-eyes function. There is also a handy port for older wired shutter glasses. The 3D Blaster is available from Vidimensio in Europe and exclusively supplied to UK customers by 3D Experience.

TV Supplied In 4 Sizes for UK & Europe
Enjoy more picture and less frame with the 50", 56", 61" & 72" DLP HDTV's.
The piano black bezel is just 0.6" wide; the set's slim depth lets it fit where others won't.
These energy-efficient 3D HD TV screens feature a powerful, long-lasting LED light engine that turns on almost instantly.
Full 3D HD 1080p resolution and Cinema Smooth technology deliver a wide range of brilliant colors, with bright images and crisp definition. The blackest blacks, brightest whites and nuanced tones are yours with a 10,000:1 dynamic contrast ratio.
LED Light Engine
This new LED light engine replaces the arc lamp & color wheel design of previous DLP HDTVs, and realises beautiful color. LED will last the life of the TV. The LED DLP TVs eliminate the need to replace the consumable lamps every few years, and thus have less impact on the environment and on one's wallet. The LED light engine makes possible an Ultra-Wide Color Gamut that exceeds the defined color space spec for richer color than you've seen before on TV. The DLP HDTVs with an LED engine are more energy efficient than similar sized flat panel displays, and the lack of a moving color wheel in the design means they perform with less noise than any previous DLP HDTV design.
Cinema Smooth Light Engine
Cinema Smooth light engine brings together the right optics, electronic circuitry and replaceable light source to create a brilliant picture that's more lifelike and much closer to film. Now in its sixth year of evolution, the Cinema Smooth light engine delivers crisp, 1080p High Definition resolution with high contrast and brightness, defined edges and sharp detail.
Next Generation DLP Chips from Texas Instruments
These screens employ a Texas Instruments DLP chip that is comprised of millions of microscopic mirrors. The DLP chip is faster than any other HDTV technology, with the mirrors switching on & off 15,000 times a second to deliver a razor-sharp picture for fast moving images. When combined with the new Cinema Smooth light engine, the result is a crisp, bright picture with deep, rich colors that's closer to film.
TruSurround
These 3D HD TV’s are equipped with the best that technology can offer in sound quality. The two speaker surround sound makes you feel as if the theatre has been brought to your living room.
3D HD MULTIMEDIA PC - 3 Configurations
1) 3D HD MULTIMEDIA PC - Standard. 2) 3D HD MULTIMEDIA PC - Pro . 3) 3D HD MULTIMEDIA PC - Pro Blu-Ray 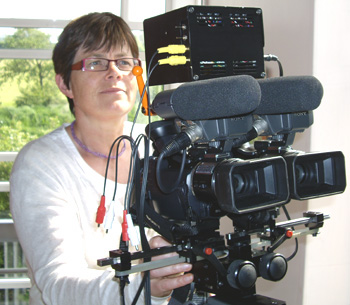 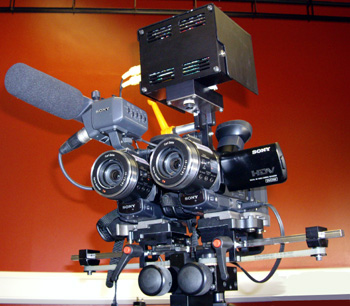 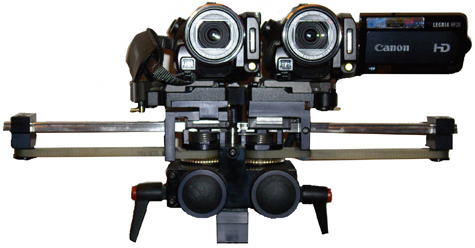 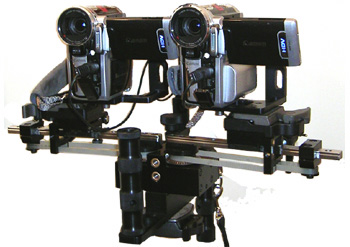 A pair of Sony cameras on our Stereo Mount or for ultimate compactness 2 x Canon HV10 or Canon Legria HF20. Most HD cameras can be used - synced with a stereo lanc or our own stereo optical cable.Feel free to contact us for advise.A 3D Camera Rig consists of the following....Convergence & Alignment unit (also known as a Stereo Mount)
& a 3D CamBuddy (Dual View Monitor)Please also note that we have specialist 3D Cameramen with rigs available for hire. Also a Vehicle Stereo Mount.

The rig is in 2 main parts.
The cameras which includes left & right Sony camera modules & the shoulder bag.
At the camera end there is a computer controller which operates both camera functions simultaneously, light levels & zoom. Or if manual settings are wanted then focus, iris, shutter and colour balance is also available.
Convergence & alignment unit gives stereo separation, convergence and height correction.
A Sony camcorder which acts as a VCR with SVHS input and LCD screen or viewfinder records the 3D images.
A power ON/OF switch is provided for convenience at the camera end while a stereo microphone with a wind jammer captures the sound. We build 3D camera rigs for you or supply the components for you to do it your self.

In the shoulder bag is the 3D encoder (also known as a multiplexer). This has 2 modes of operation- sequential 3D or anamormhic side by side. Sequential 3D is used predominantly and the electronics detects PAL or NTSC pairs of cameras interlacing them for 3D before returning the signal to the recording Camcorder.
Hi Fi Stereo audio is processed by the microphone amplifier before returning the stereo signal to the camcorder’s audio AV/ input.
A 12 volt to 8.4 volt adaptor supplies the Sony Camcorder with power and a battery clip allows for a quick change –over to another battery.
The 12 volt battery will power the whole system for an hour. Two are supplied as standard with a fast charger. 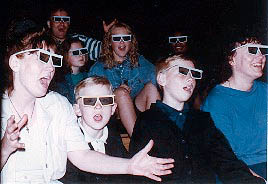 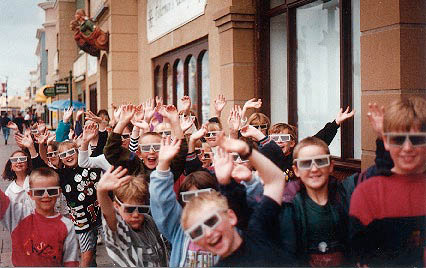 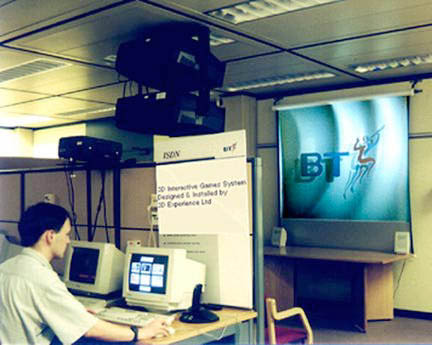 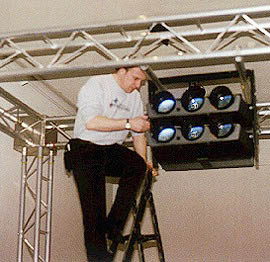 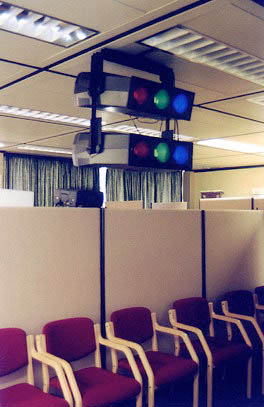 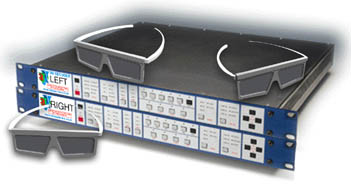 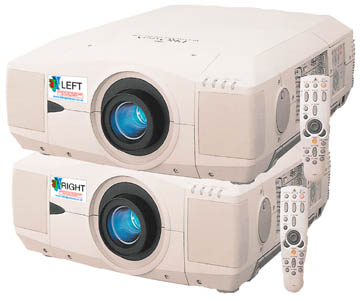 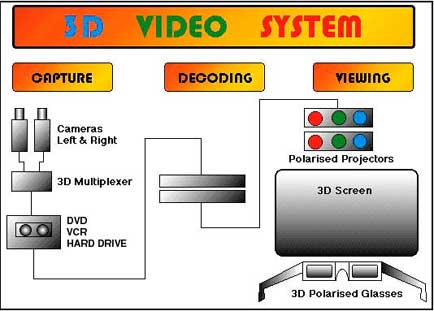 Polarised for use with Polarised glasses. Paired and bracketed together. Can be floor or ceiling mounted. Used with 3D screens from 5'.5'' to 15' widths.
There are several makes and types of Video projector available. Including small desk-top LCD versions to large high luminance types ideal for Picture widths over 20'. 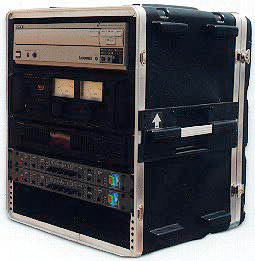 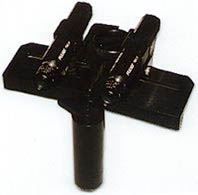 omprising of....Laser player - Standard with remote control which has many features, or Broadcast laser player or DVD or PVR with finite control which will even select parts of programmes in any play modes. 100 watt stereo audio amplifier, 10 band graphic equaliser (Pair of speakers provided). 3D Decoders and RGBS Cables. Equipment fitted into flightcase for ease of transport. Has rear and front covers.
Note: 3D Film or Video Theatre systems require a 3D screen and 3D polarised projectors. Sequentially displays Left and Right images when used with 3D Video Encoders. Runs at 60 Hz in NTSC and 50 Hz in PAL. Several styles available. Including wireless-Infra red.

Precision engineered in stainless steel, geared brass controls for separation, Height Correction, plus or minus 3 degrees, and Convergence. Mounts Pair of cameras. Fits to standard tripods or can accept a handle.

All weather and under-water unit. Finished as anodised matte black. Stainless steel adjustment knobs. Mounts pair of cameras. Extremely variable separation for close work or outdoor distant applications. Forward locking camera mounts. Large locking convergence dial which can be mounted above or below the platform. Fits to standard tripods or can be fitted with a handle. Will accept cameras in their waterproof housings. 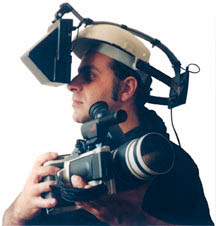 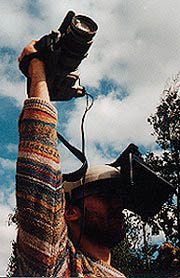 For SONY 999 or Pulnix TMCX cameras. Ideal to use with the "Sport" convergence Platform.

2.8" Colour LCD Monitor* Head Mount Harness - Shaded Optical Hood - Foldable Hood - Swivel Mount
Battery Box - AV & Power Cables - Pro-Grade Mirrors - All Monitor Controls Accessible
Rugged & Light-weight - 30% Image Magnification
No more squinting through black & white viewfinders -The 2.8 inch LCD colour image is shielded from bright light by a unique hooded assembly incorporating high grade optics which magnify and float the picture in front of your eyes -
The image size is equivalent to a fourteen inch screen at an arms distance -
Freedom to move or position your camera without losing the picture, allows for the first time, total creative flexibility for even the most dramatic camera angles -
The hooded assembly tilts out of view in an instant without having to remove or disconnect the SuperVisor
For those occasions when the LCD screen is required independently, it can be removed from the shade in seconds -
You actually get two kits in one. A head-mounted monitor and a Freestanding screen to attach where ever you wish -
The Battery box even turns into a stand for the monitor for table top use.
The SuperVisor compatible with all video cameras & Camcorder with an Audio/Video output -
Other accessories supplied include...Swivel mount, Battery box , A/V cables.
The SuperVisor is the long awaited answer to image composition problems faced by cameramen for decades.